SoundCloud Follower Count: How To Check This (Among Other Things)

SoundCloud Follower Count: How To Check This (Among Other Things)

With humble beginnings in Germany 12 years ago, SoundCloud was at its inception a platform for independent artists to interact, sharing their inputs and outputs with one another. Plenty of grassroots artists found their niche in this app, developing their own followings through the internet equivalent of word-of-mouth. It began as a website, gradually developing into the independent music publishing outfit that would go on to challenge the dominance of the now defunct Myspace.

What set them apart from other organizations was its completely online nature, which meant that recording labels and other complicated channels for exposure were straight-up bypassed. While this initially meant that the music on site was non-profit, most of the original users were fine with that. It was all about the art and exposure, and it worked well. Little communities grew in the platform, turning it into a unique music/podcast/social media outlet that has yet to be replicated by anyone else. Spotify comes damn close but is weighted more bluntly on the business and commercialization aspects of it. Homegrown artists such as Kygo, Kehlani, and Post Malone owe their success to the platform, among many, many others who would likely inflate the list to ludicrous proportions.

How Could They Afford To Do All That?

Considering this way very much a legitimate company and the service was free access to users, it’s a fair point. The answer to their revenue concern – as it often tends to be for most social media sites – is ad monetization. Shocking, I know. Ads, as you probably already know, work on the basis of reach and impression. Reach is all the unique people a post tags, while impressions is the number of tags the post manages to hit. This worked fairly well, especially considering they managed to hit about a million users in under two years. This spiked to an impressive (exponential) growth towards 10 million active users 2012 – pretty darn well for a site that spent the bulk of its start-up as free to use. Issues with their growth and occasionally artist/policy controversies really disrupted the company, and layoffs were an inevitable consequence of this. Still, they soldiered on, coming up with new innovations like phone applications and timed comments for tracks. 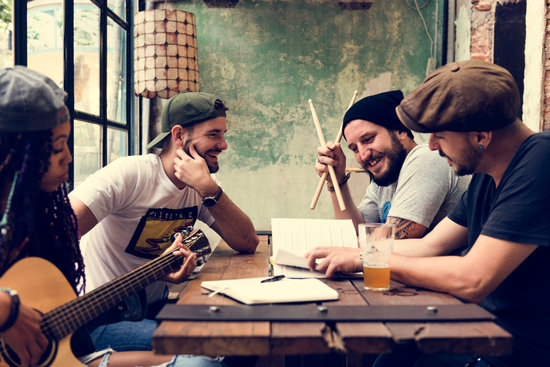 SoundCloud is a community in its barest form, managing to remain that way for a good ten years. This was because the option to monetize simply wasn’t there for users – it was a parent company privilege, I suppose. An invite-only program managed to dry run this system but was hampered by its stringent selection process and its invite-only nature. Only the biggest artists in the program could get a portion of the ad and sub revenue generated by other listeners in the community.

It took a shockingly long time before regular users could get in on this (4 freaking years!). When it did though, it came with more than a few admittedly fair caveats. A user needed to be 18 years old and above, generate 5000 impressions on their music streams, and guarantee their music is not copyright infringing. This is tricky business, considering that progress tends to beget progress and how most people start of with little to none to capitalize on. Social media marketing might be a valid option for such cases, with sites such as BuySocialMediaMarketing allowing users to purchase followers, plays, streams, and reposts to help their project get off the ground for great prices and the security of a solid investment – and a money-back guarantee on the low chance it doesn’t take off. 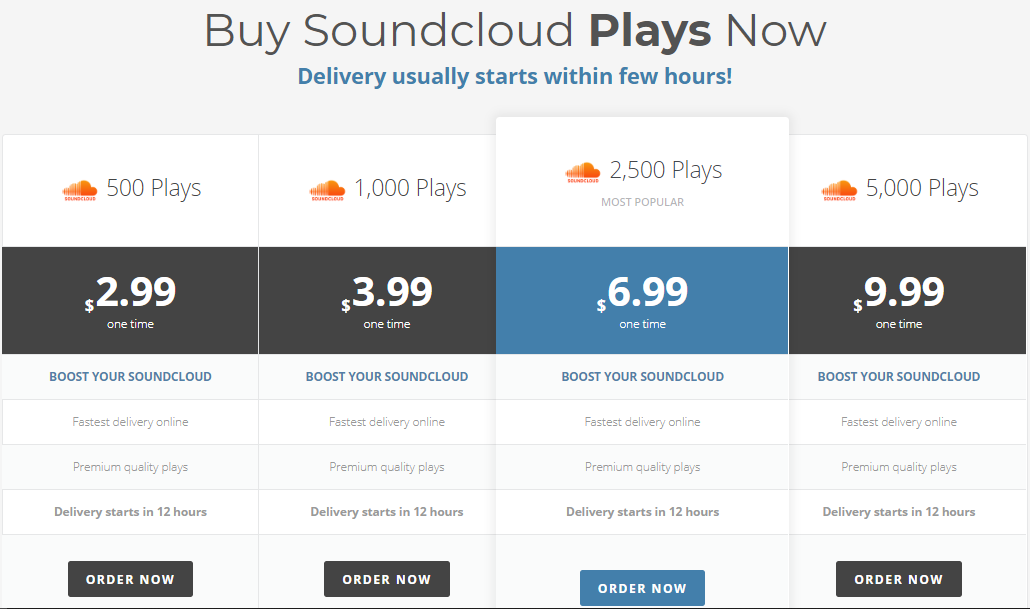 SoundCloud often finds itself willing to be bought or partnered with by big companies such as Twitter and Spotify, with deals falling through one way or the other. Despite this, they have soldiered on as a solid company, managing to retain a fairly respectable presence in their unique niche as music site/community forum.

If you’ve heard the term “engagement” used online, it’s likely being used in the context of social media. Most people see it as the number of likes, comments, followers, or views. They’d be right, but not completely for this case. The definition is fluid and dependent on the platform, and music sites like this or Spotify add plays into the mix. Plays are the number of times a specific audio recording – from music track to podcast – are active. Thankfully, SoundCloud counts plays from the moment the button is tapped – already far less strenuous than YouTube or Instagram.

Just like Instagram or other social media, SoundCloud’s definition of engagement also includes followers. Fortunately, the algorithm doesn’t punish you for inactive followers, in contrast to Instagram where more followers dropped your engagement rating. What the music platform prioritizes is number of streams. As long as you’re hitting a quota, you’ll be good to go.

Building Up A SoundCloud Following

SoundCloud is a music site (now also mobile app), yes, but it’s also much more than that. SoundCloud is a social media community, not unlike Instagram, Twitter, or Facebook. Pretty much the same rules apply, but just to be safe I’ll go over them here as well.

First off, what is it you want with social media followers? Constant interaction. The best way to create interaction is… surprise, surprise… interacting with people!

The upper right side has an envelope icon, which lets you direct message like-minded people or artists you really enjoy. You can find most of these as-of-now small-time musicians easily with a cursory search and follow their content. If you make your own good content, and if they’re relatively active with their account, you could easily gain a few free followers this way. SoundCloud is all about community and music, and you want to insert yourself into that smoothly and legitimately.

How To Check On Your Follower Count?

You can see your followers on SoundCloud with a quick profile check.

Step 1: Tap the three-dash icon on the upper right of your profile menu. 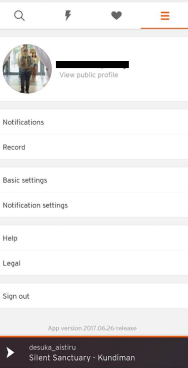 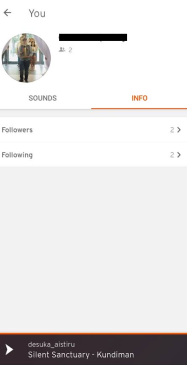 If you’re on the site instead of the app, it’s a lot easier.

And really, that’s all there is to it. SoundCloud is to artists and podcasters as Instagram is to influencers, or Twitter is for sarcasm, or Facebook is to everything else… or…

Err… yeah. Getting ahead of myself here. The point is, it’s a community, and your followers and follow(ees) are your people. Just get in touch, stay in touch, share what you have to say, sing, or sound, and have fun with it. Goodbye and good luck, my fellow SoundClouders.

Here’s hoping we all hit it big on the site. Knock it out of the park, buddy.